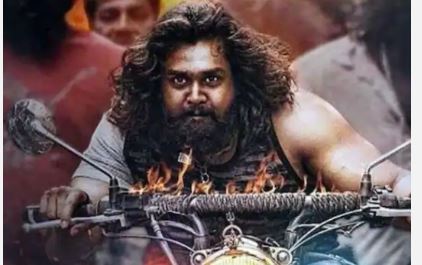 The makers of the Kannada film Pogaru have agreed to delete certain scenes from the movie after members of the Brahmin community raised objections.

Sanjhi Soch buero :The makers of Pogaru have decided to remove 14 scenes from the Kannada movie after members from the Brahmin community raised objections to certain scenes alleging that they hurt sentiments of the community. The scenes included one where the protagonist of the movie is seen attacking a priest while he performs a havan.

Lead actor Dhruva Sarja put out a statement responding to the controversy and clarified that the makers never intended to hurt the feelings of any community. While speaking at an event, the actor stated that the makers of Pogaru will listen to feedback from moviegoers and ensure that no one’s sentiments are hurt, reportedThe actor said that the makers initially included the scenes because he essays the role of Shiva, a demon-like character in the film. He clarified that the scenes will be edited out from the movie.Pogaru was the first big budget Kannada film to release post the Covid-19 induced lockdown. The makers of Pogaru met with the Karnataka Brahmin Development Board and Karnataka Film Chamber of Commerce on Tuesday in Bengaluru.The director of the movie, Nanda Kishore, apologized to the community and said that the scene was not intentional. “We did not intend to hurt anyone. All the controversial scenes in the movie will be removed and the viewers won’t know the difference,” he said.