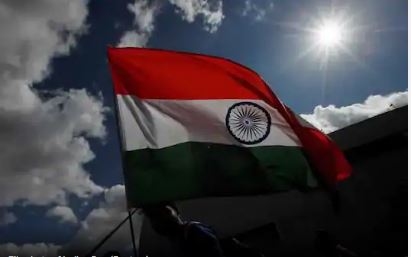 The Ambassador said Uzbekistan has free-trade agreements with CIS (Commonwealth of Independent States) nations and Georgia, and enjoys most-favoured nation treatment with 46 countries.

Sanjhi Soch buero :Uzbekistan’s Ambassador to India Dilshod Akhatov on Wednesday called for Indian companies to take advantage of the country’s various trade agreements and implement joint beneficial investment projects in the area. Observing that the economic and trade potential of the two countries is not fully realised, he said opportunities exist to expand the interaction of the two economies by speeding up the process of transport connections to intensify trade ties.

The Ambassador said Uzbekistan has free-trade agreements with CIS (Commonwealth of Independent States) nations and Georgia, and enjoys most-favoured nation treatment with 46 countries. He noted that negotiations have already started with the European Union on granting the GSP (Generalised System of Preferences)-plus regime to Uzbekistan. “Therefore, we call upon potential Indian companies to use this privilege and implement joint beneficial investment projects on this area,” Akhatov said.

He added that the Indian side has achieved a notable economic presence in the region in the pharmaceutical sector. Highlighting that India accounts for about 30 per cent of the Central Asian pharmaceutical imports, the ambassador said that therefore, Uzbekistan was interested in maximum realisation of the pharma sector potential.

Indian Ambassador to Uzbekistan Manish Prabhat shared that the first trilateral dialogue was held last month between India, Iran and Uzbekistan for the future use of the Chabahar port in Iran. Both the ambassadors were addressing a FICCI webinar.