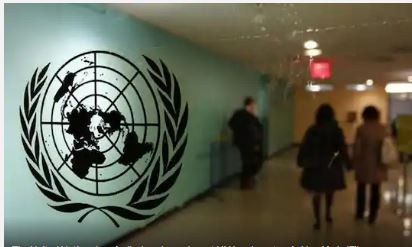 Christian Michel, who has been held in India since December 2018 after being extradited from the United Arab Emirates, was being detained arbitrarily, the UN panel said.

Sanjhi Soch buero :UN experts urged India to immediately release a British middleman extradited from the UAE over a helicopter deal, in a complex case with suspected links to the foiled flight of Dubai’s Sheikha Latifa.

The United Nations Working Group on Arbitrary Detention (WGAD) found that Christian Michel, who has been held in India since December 2018 after being extradited from the United Arab Emirates, was being detained arbitrarily, according to conclusions seen Thursday by AFP.

The WGAD raised concerns that Michel’s extradition “was a de facto swap” for India’s capture and return of a high-profile detainee to Dubai in March 2018, without providing more details.

But sources familiar with the case noted that Sheikha Latifa — the daughter of Dubai’s ruler Sheikh Mohammed bin Rashid Al-Maktoum, the UAE’s vice president and prime minister — attempted to flee her homeland that same month.

She fled on a boat that was intercepted by commandos off the coast of India, according to her companions and the UK-based group Detained in Dubai.

The UN panel said that as well as his release, Michel should be accorded the right to compensation and reparations from India and the UAE.

The experts also called for an independent full investigation and action to be taken against those responsible for the violation of Michel’s rights.

The WGAD did not respond when contacted by AFP.

Michel, born in 1961, was working in the UAE as a middleman and as an external consultant for a subsidiary of the Anglo-Italian firm AgustaWestland, itself a subsidiary of aerospace and defence group Finmeccanica.

He was accused of arranging kickbacks to Indian officials to secure a deal for the company to supply New Delhi with 12 helicopters for 556 million euros ($677 million) in 2010.

India cancelled the deal in January 2014 amid allegations that the company paid bribes to win the contract.

In January 2018, an Italian court acquitted the former chief of Finmeccanica of false accounting and corruption charges.

The experts ruled that the deprivation of Michel’s liberty “lacks a legal basis”, and that “the violations of the right to a fair trial and due process are of such gravity as to give Mr. Michel’s deprivation of liberty an arbitrary character”.

The group, made up of five independent experts, has no power to compel states to follow its rulings, but its decisions carry reputational weight.

The experts voiced concern at the allegation, which it said neither government had denied, that UAE approved Michel’s extradition as “a de facto swap for India’s capture and return of a high profile detainee to Dubai reportedly authorised by the Indian prime minister months earlier in March 2018”.

The experts said the appropriate remedy would be for India “to release Mr. Michel immediately and for both governments to accord him an enforceable right to compensation and other reparations, in accordance with international law”.

It urged both countries to ensure a “full and independent investigation” into the circumstances surrounding the deprivation of Michel’s liberty and to take “appropriate measures against those responsible for the violation of his rights”.

The WGAD wrote to India and the UAE in May 2020, putting to them allegations about Michel’s extradition and treatment.

New Delhi replied in June insisting that Michel’s arrest and subsequent custody were above board, the group said.

Contacted by AFP, lawyers for Michel and his family urged India and the UAE to implement the working group’s recommendations and called on Britain to intervene to secure his repatriation.

Francois Zimeray said: “No state should allow such methods, against any notion of justice and dignity.

“India and the UAE will be held accountable.”

His colleague Toby Cadman said: “The procedure followed in Christian’s case can only be described as a flagrant denial of justice and a circumvention of the rule of law.”