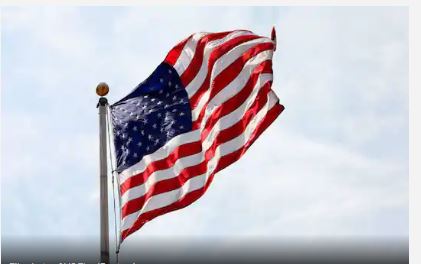 The officials, speaking on the condition of anonymity, said the strike was approved by President Joe Biden.

Sanjhi Soch buero :The United States on Thursday carried out an airstrike in Syria against a structure belonging to what it said were Iran-backed militia, two officials told Reuters, an apparent response to rocket attacks against US targets in Iraq.

While the strike could be the first retaliatory moves by the United States following last week’s attacks, the move appeared to be limited in scope, potentially lowering the risk of escalation.

Also a decision to strike only in Syria and not in Iraq would give the Iraqi government some breathing room as it carries out its own investigation of a Feb. 15 attack that wounded Americans.

The officials, speaking on the condition of anonymity, said the strike was approved by President Joe Biden. The Pentagon did not immediately respond to a request for comment.

One official said the strike was in response to the recent rocket attacks in Iraq.

It was not immediately clear what damage was caused and if there were any casualties from the US strike.

Retaliatory US military strikes have occurred a number of times in the past few years.

The rocket attacks on US positions in Iraq were carried out as Washington and Tehran are looking for a way to return to the 2015 nuclear deal abandoned by former US President Donald Trump.

In the Feb. 15 attack, rockets hit the US military base housed at Erbil International Airport in the Kurdish-run region killing one non-American contractor and injuring a number of American contractors and a US service member. Another salvo struck a base hosting US forces north of Baghdad days later hurting at least one contractor.

Rockets hit Baghdad’s Green Zone on Monday which houses the US embassy and other diplomatic missions.

Earlier this week, the Kataib Hezbollah group, one of the main Iran-aligned Iraqi militia group, denied any role in recent rocket attacks against US targets in Iraq.

Some Western and Iraqi officials say the attacks, often claimed by little-known groups, are being carried out by militants with links to Kataib Hezbollah as a way for Iranian allies to harass US forces without being held accountable.

Since late 2019, the United States carried out high-profile strikes against the Kataib Hezbollah militia group in Iraq and Syria in response to sometimes deadly rocket attacks against US-led forces.

Under the Trump administration, the escalator back-and-forth stoked tensions, culminating in the US killing of Iranian military leader Qassem Soleimani and a retaliatory Iranian ballistic missile attack against US forces in Iraq last year.